Liz was so good at what she did that, she gained her own celebrity status among the A-List stars of yesteryear and today. 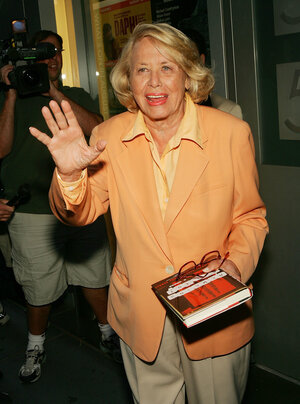 She became known as the Grand Dame of Dish, due to her ability to get information, straight from the celebrities themselves and the fact that her more than half a century old gossip column was sought after and read by many people, all over the world.

Liz Smith was born and raised in Fort Worth, Texas. She married Ed Beeman, a rancher, at 21 and later divorced him, when she decided to pursue her dream of living and working in show business. She later again married and divorced travel agent, Fred Lister.

She graduated from University of Texas with a degree in Journalism.

She has lived in various run down apartments and worked at jobs that barely paid the rent, as she struggled to establish her career, in New York.

She managed to work as a producer at CBS Radio, for Media giants such as Mike Wallace, before moving on to the New York Daily News in 1976, where she established her global career as a gossip columnist, until 1991.

LIZ SMITH AT THE NATIONAL BOARD OF REVIEW

Liz stuck with technology and moved to the New York Social Register, where her gossip column was syndicated in 70 other newspapers, for several years.

She wrote magazine articles, books, appeared on E News Entertainment Television, TV Programs and earned more than a $1 million a year, which exceeded the earning ability executive editors or that of any of her of peers. 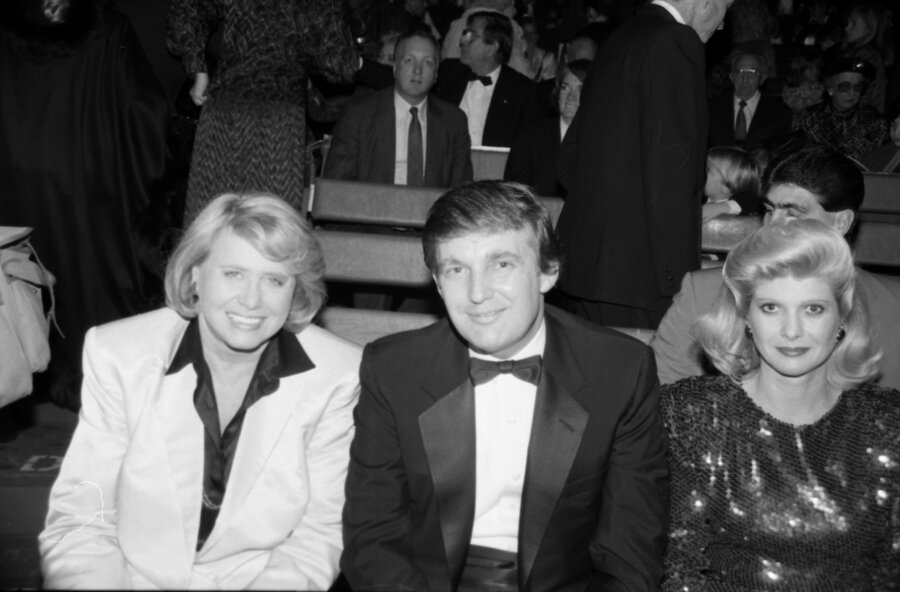 She was close to then real estate mogul, Donald Trump and his former wife and mother of his three children, Ivana Trump.

Liz, covered their 1990 divorce proceedings for over 3 months. She was very close to Ivana Trump and had said this about the Trump divorce saga:

“Ivana still wants to be his wife but the bottom line is, she will not give up her self  respect, just to remain Donald Trump`s wife.” Intimate friends have said,she had every chance to continue being Mrs. Trump as long as she was willing to let Donald Trump live with her, in an open marriage.”

When she released that information, Donald Trump was furious and decided to offer to buy the New York Times, simply because, he wanted to fire Liz Smith. 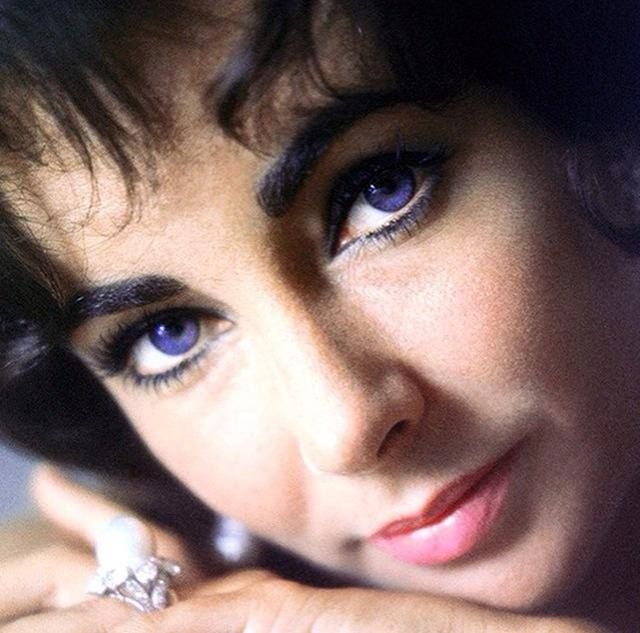 Liz and Richard,after their reconciliation, after their 1973 divorce.

When disclosing how she constantly gained access to stars that her peers could only observe from afar, Liz said:

“I could get to people that nobody else could get to. I met lots of interesting people coming up, and they stayed friends with me when they made it big.”

She said, her parents were poor but had devised a way to send her to school with the rich kids. Her parents borrowed money and her father was a heavy gambler, who was also a preacher. She had learned to live in a world where she felt like a complete impostor. 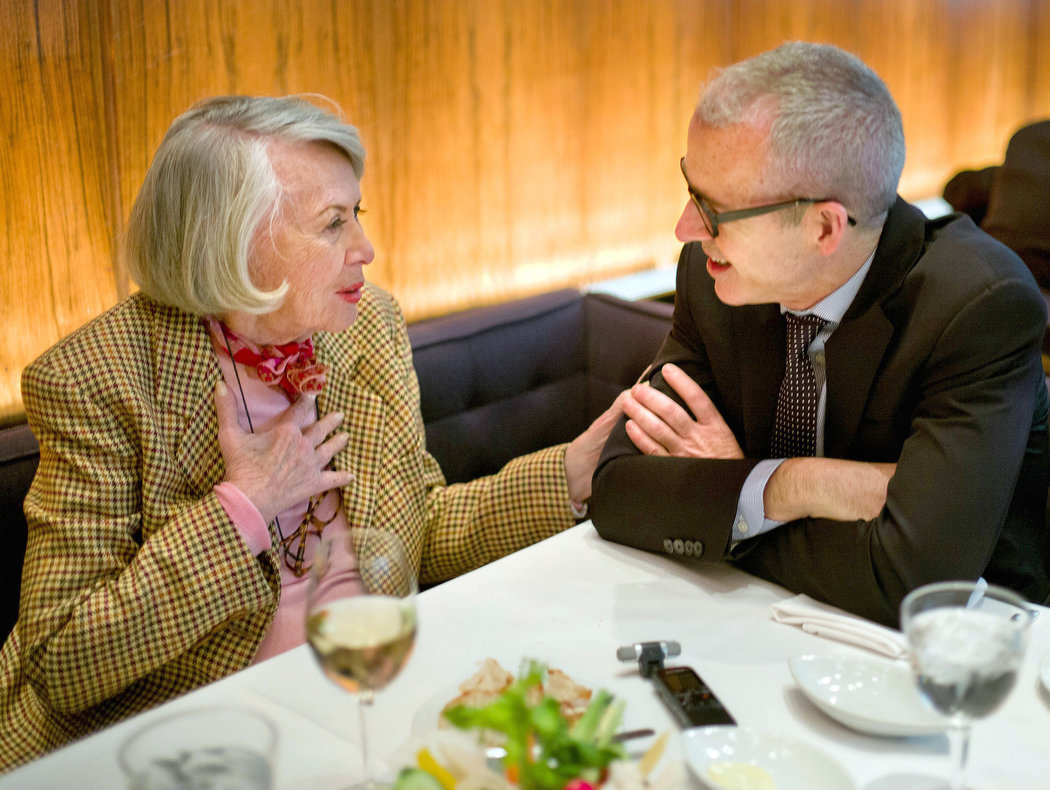 This, she said, is how she learned to mingle with and easily make friends with the rich and famous who gave her access to their closely guarded secrets.

“My friendship with Elizabeth Taylor and Richard Burton really helped make my career. It didn’t do them any harm, either.”

Liz Smith`s friendship with Elizabeth Taylor became stronger when she accompanied the Burtons to Europe.

“In the ’60s, she became completely distant from what was happening in Hollywood; she made all these crazy European movies and avoided the American press.” “They trusted me and eventually I became the only journalist who could get to them.”

This is what Liz Smith said about Elizabeth Taylor:

“I loved Elizabeth. She was just snarky and funny and crazy. Selfish and tremendously generous at the same time. But Burton liked me better than she did. She was threatened by any woman, but he knew better.”

Liz was considered bisexual and many people tried to reveal her sexual preference. In an attempt to shed some light on her sexuality,  she said:

“I didn`t care about being outed. But I wasn’t going to paint myself purple and walk down Fifth Avenue waving a sign. I was old enough that people could describe me any way they wanted. I feel the same way now.”

“Who am I, the great lesbian of the Western world? They want me to go out, and I want them to go in!”

“I have fallen in love many times. Always with the wrong women or men. The truth is, I had no luck with either sex.”

Liz Smith was with her partner – archaeologist, Professor Iris Love, for over 40 years. She once told the Editor In Chief of The Advocate – Judy Wieder that, she was not cut out to be a role model in the LGBT.

“We mustn’t take ourselves too seriously in this world of gossip”. “When you look at it realistically, what I do is pretty insignificant. “Still, I’m having a lot of fun.”

Tell us what you think. Let us know if you ever had the pleasure of meeting the legendary gossip columnist or what you think of her enviable and illustrious career.