JELANI MARAJ, HAS BEEN CONVICTED OF THE FIRST DEGREE RAPE OF A 12 YEAR OLD CHILD

Nicki Minaj`s brother, Jelani Maraj, has been convicted of rape in the first degree. Maraj was accused of  repeatedly raping his 11 year old step- daughter, for years.

Jelani Maraj, has been found guilty of predatory sexual assault against a child and also endangering the welfare of a child.

**Jelani, will serve 25 years to life in prison. His sentencing will take place on December 14th.

Nicki Minaj, who is Jelani Maraji`s younger sister was supposed to be in the court house, supporting her brother, as she had always done in the past.

JELANI MARAJ WITH NICKI MINAJ AND OTHER FAMILY MEMBERS

Nicki never showed up for her brother`s sentencing, but was expected to be a star witness for her brother, as was reported, by Jelani`s team of lawyers.

“We hope that today`s verdict will help the family in the healing process”.

On Monday, October 10th, the girl`s now, 10 year old younger brother, testified that, he had accidentally walked into his sisters room when he was 8 years old in 2015, and saw Jelani Maraj raping his then, 11 year old sister.

He was terrified and understood that what he had witnessed, was wrong – so he ran back to his room.

Maraj, 37, who is a step dad to the children, confronted the little boy and questioned him about what he saw. When the 8 year old answered in the affirmative, Jelani slapped him really hard, across the face.

Maraj, kept on slapping the boy each time he ventured to confirm, he had seen Jelani, having sex with his older sister.

He proceeded to promise the then 8 year old, he would never see his mother again, if the young boy, ever told anyone about what he had witnessed.

The 8 year old boy, acquiesced until October 10th, when the court questioned him, regarding the incident.

JELANI MARAJ, ON HIS WAY TO COURT

The boy also said, after that incident, he would on certain occasions, hear Maraj close his bedroom door, walk into then 11 year old girl`s bedroom (which was right next to the boy`s room) and the 8 year old boy would hear his sister`s bed, start creaking.

In September, prosecutors confirmed a major development in the case. They revealed that, Jelani Maraj`s DNA result matched that of the semen they had found on his now 12 year old, little step daughter`s underwear that he was accused of raping.

Nicki  Minaj has never said a word about her brother`s crime but had posted a message on her instagram account, right after Jelani married the children`s mother – Jacqueline Robinson, in August of 2015.

THIS IS JACQUELINE ROBINSON, THE 11 YEAR OLD VICTIM`S MOTHER AND JELANI`S WIFE 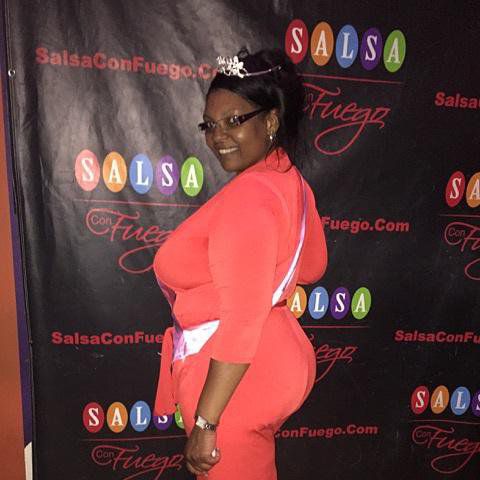 Jacqueline Robinson, Jelani Marajs wife and mother to the young victim, has never said a word, concerning her husband`s rape of her little daughter.

NICKI MINAJ POSTED HER BROTHER, JELANI MARAJ`S BAIL OF $100,000 AFTER HE WAS ARRESTED FOR RAPING A TWELVE YEAR OLD CHILD ON DECEMBER 5TH, 2016

Nicki Minaj said, and I quote:

“Jelani, I love u more than you’ll ever comprehend,” she captioned an Instagram photo at the time. “I would cross the ocean for u. I would go & bring u the moon. Promise u. For u I will. I love my brother so much man.”

Most people are horrified that Jelani Maraj owned a daycare center and was planning on opening another one in New Jersey, before the heinous crime he had committed, was exposed. 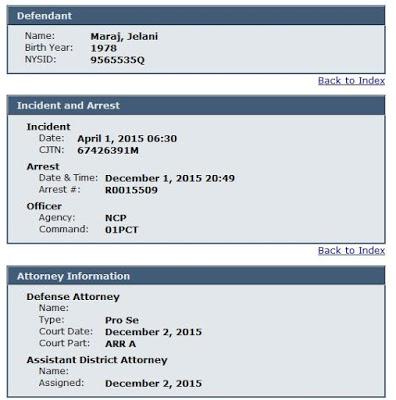 GUILTY! NICKI MINAJ`S BROTHER IS CONVICTED OF THE REPEATED RAPE OF HIS 11 YEAR OLD STEP- DAUGHTER

What do you think? Let us know if you think, Nick Minaj would hold a press confrence or not, at least letting us know, what she thinks of her brother`s abhorrent crime.