Brianna Rae Brochu, a student at the University Of Hartford, has been arrested for soiling her roommate – Jazzy Rowe`s belongings.

She was charged with third-degree criminal mischief and second-degree breach of peace. West Hartford police said they requested that the court add a charge of intimidation, based on bigotry or bias to the case.

Brianna is scheduled for a meeting to face a judge, and is no longer a student at University of Hartford.

UNIVERSITY OF HARTFORD, IN CONNECTICUT

Jazzy`s story went viral and and this is what she said.

“What happened is beyond ridiculous,” Rowe said. “It’s something straight out of a movie.” “I was like a ghost in my own room”.

Jazzy disclosed that, the University assigned her a roommate and she gladly moved into the room in August. Unfortunately, Brianna Brochu began to make her feel unwelcome, uncomfortable and ignored.

JAZZY ROWE, THE STUDENT AND ROOMMATE THAT WAS TARGETED AND VICTIMIZED BY BROCHU

Ms. Rowe said, Brianna started doing things like switching the light off, while she was still in the room, even though, Jazzy was nice to her roommate. She tried to connect with Brochu by sharing her microwave and even fed Brochu’s fish when Brochu left for the weekend.

Suddenly, Jazzy Rowe, began to get really sick. She initially did not consider it very serious since she never developed any other symptoms, initially. 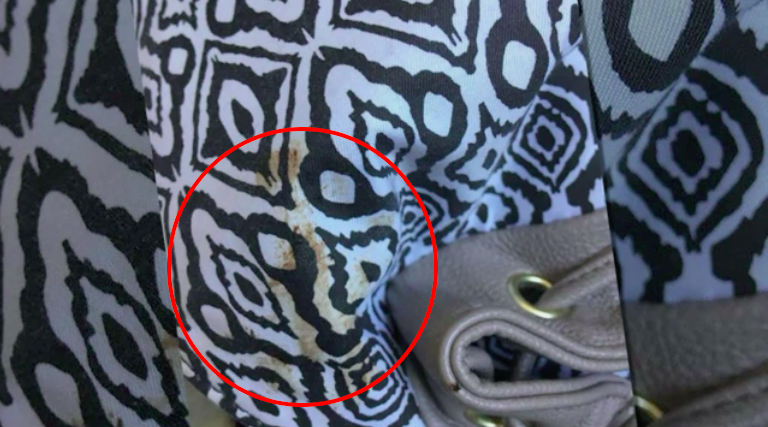 Afterwards, Jazzy developed sore throat and this got increasingly worse. She said:

“The sore throat pain got worse”. “It got to the point where I couldn’t sleep and I couldn’t speak.”

BROCHU ALSO SHOWED A TUPPERWARE BOX OF MOLDED CLAM DIP THAT SHE CAPTIONED: “Like this is moldy clam dip and I’ve been mixing it with her face lotion.” 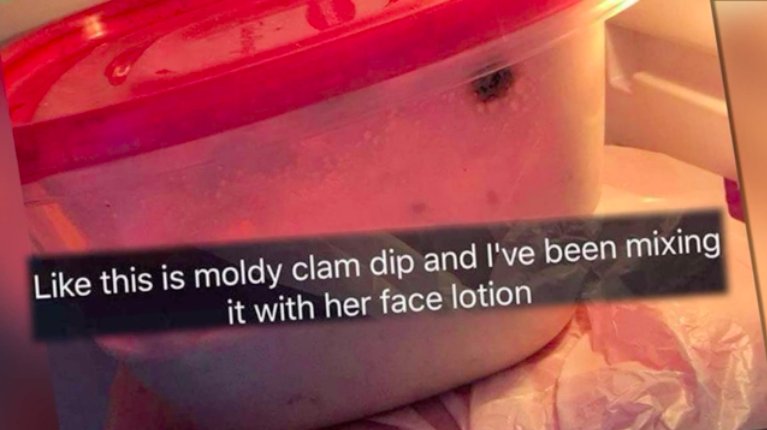 University health officials could not figure out what was creating this problem, Rowe said. They prescribed antibiotics for whatever was causing “bad bacteria” in her throat.

This all forced Jazzy to eventually move out, two weeks ago.

IN A SNAPCHAT VIDEO, BROCHU SHOWED A PHOTO OF HERSELF, GETTING READY TO SPIT IN JAZZY`S JAR OF COCONUT OIL

Right after that, Jazzy`s friends and boarding house Resident Assistant, showed her what Brianna Brochu had posted on social media, concerning Jazzy.

Since Ms. Rowe was no longer associated with Brianna or following her instagram, she decided to read what Brochu was saying about her on Facebook, because, she became worried after receiving reports from several colleagues.

When Jazzy went to Facebook, this is one of the posts she read. 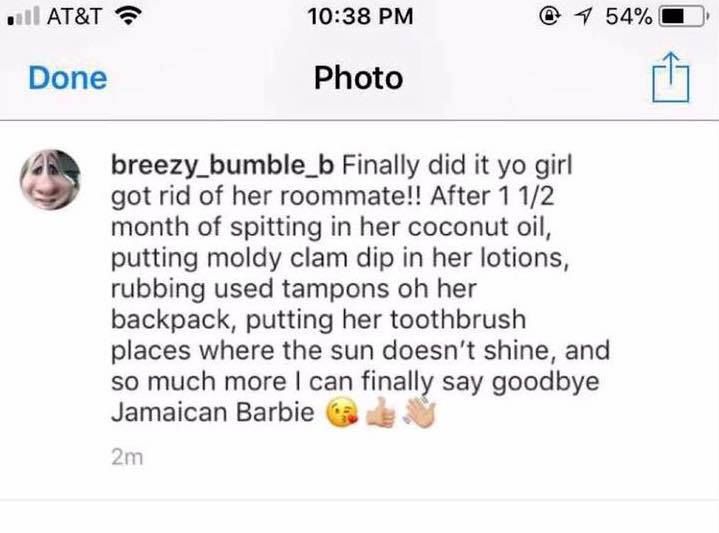 Jazzy Rowe said, the post was followed by photos of what Brianna Brochu allegedly did to her.

On October 18th, Hartford Police were called to the University of Hartford campus, to investigate a report of Vandalism and Harassment.

The police confirmed Rowe’s story, added to the fact that, Brochu posted statements to Instagram in which she said, she did things such as, put bodily fluids in her roommate’s property.

They also said, Brianna Brochu went as far as posting photos of Jazzy`s property that Brianna had added her bodily fluids, bacteria and dirt to.

The Police confirmed that, Brianna Brochu turned herself in on October 28th.

On Tuesday, the University of Hartford President – Greg Woodward, released a couple of statements, directly connected with the case.

I am writing to provide further updates on the deeply disturbing situation involving our students. As of this morning, Brianna Brochu is no longer a student at the University of Hartford. She will not be returning to the institution.

There has been an outpouring of concern for the victim of these acts from across the University and the country. In my meeting with her yesterday, I reiterated my personal commitment to ensuring she has all available personal and academic resources the University can provide.

As I said yesterday, the University took action immediately once these allegations were brought to our attention. University Public Safety was first notified and responded to this incident at 11:48 p.m. on October 17. The reprehensible conduct of the involved student was not known by the victim or the University until that time. By 1:12 a.m. the West Hartford Police Department was notified and processes for legal and University conduct began. A no-contact order was put into place and the case was turned over to local authorities by 2:16 a.m.

It is clear there is work to be done at our University to ensure that all students feel safe, respected, and valued. The conversations that began with student groups, faculty, and staff yesterday are going to continue and involve our full community. I am dedicated to that mission and will continue to share additional information about opportunities for our path forward in meaningful dialogue and action.

The second one was published on Wednesday.

It stated as follows:

I am writing to you this evening to send a strong message regarding an incident that is deeply upsetting to me, our students, faculty, staff, and alumni. One of our students was the alleged victim of bullying and her story was shared across social media. Let me be clear: the accused student’s behavior was reprehensible and does not reflect the values of our institution.  Let me also be clear that I am confident the University has taken all steps to pursue this matter seriously, and will continue to do so.

Upon learning of the incident, Public Safety immediately ensured that the victim was relocated to a safe location, notified local authorities, and provided support for their investigation. The accused student was subsequently arrested by the West Hartford Police Department and her case will proceed through the legal process. The University will continue to precisely execute our defined process outlined in the Code of Student Conduct.

The University strictly and swiftly followed all procedural and legal processes related to this alleged event; claims to the contrary are based on misinformation. The incident has brought about accusations of racism, and I want you to know that I hear and share your anger and frustration. Acts of racism, bias, bullying, or other abusive behaviors will not be tolerated on this campus. I pledge to do everything in my power to work with our community to address related concerns together.

Throughout the day, I and members of my administration have been meeting with students, including representatives from the Student Government Association, multicultural organizations, and concerned students. I have also met with the affected student and we are in communication with her family. We will continue to offer support and assistance to her, as well as any other student that feels threatened, victimized, or uncomfortable on our campus. Let me repeat; racism and hatred will not be tolerated on this campus. Period. I encourage every one of you reading this email to report incidents on campus that are troubling and worthy of review.

I will proactively schedule and communicate additional community conversations in the coming days. I am willing and prepared to openly discuss concerns and will transparently share any additional information about University resources and processes that will make our community stronger. We pride ourselves on the diversity of our University and I am confident we provide a secure environment for our students in which to learn and thrive. Our community is not exempt from issues facing our society and world. We must strive every day to practice understanding, tolerance, inclusion, and grace. I know that you will join me in this critical mission.

Everyone, please share, make your comments below and let us know what you think.