Evelyn Braxton is worried about her daughter Tamar, surviving her impending divorce . The whole Braxton clan has rallied around their daughter and sister – Tamar Braxton.

What appears to be most alarming, is the fact that, their mother Evelyn, is deathly afraid, Tamar`s estranged husband (Vincent Herbert) would kill her, if she reconcile`s with him.

Evelyn Braxton is the undisputed matriarch and backbone of the Braxton family. She is always present when her children need her and she certainly lives for the happiness and success of her offspring. 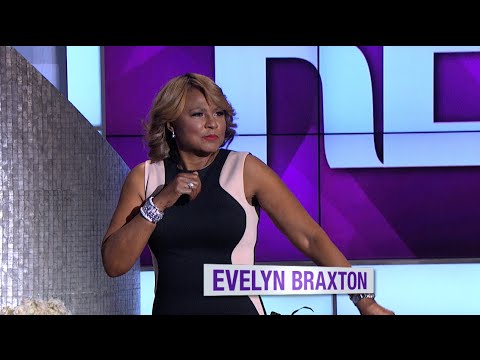 On Friday, Evelyn was asked if she had a message for Vince. This is what she said:

“I don`​t really have anything to say to Vince. Except one thing: “He should keep his hands off my child”. “He should stop before he hurts her or kills her” I love Vince, but I don`t want him to kill my child. It`s as simple as that. STOP”

When asked if she would forgive and accept Vince if Tamar decided to take him back. Evelyn said:

Their relationship started bursting at the seams, as soon as Tamar and Vince got fired from the ‘Real’. A show that Tamar, started co-hosting since 2013.

In Tamar`s syndicated reality show, “Tamar and Vince”, Vince constantly revealed a very controlling side to him.

TAMAR AND EVELYN BRAXTON AT THE 2015 MEGAFEST IN DALLAS

It`​s heartbreaking, watching Evelyn Braxton plead for her daughter`s safety, even though, she still thinks of Vince as a son.

In 2016, a domestic dispute occurred between Tamar Braxton and Vincent Herbert, while they were staying at the Ritz Carlton in Atlanta, Georgia. The report stated that, Vince allegedly bit Tamar`s finger so very badly, he almost broke it.

The 40 year old`s parents –  Evelyn and Pastor Michael Braxton Sr., have been divorced since 2005.

EVELYN AND TAMAR BRAXTON AT THE FORD NEIGHBORHOOD AWARDS

Her sisters have echoed the same misgivings about the solid state of Tamar`​s marriage to Vince, in their own reality show: Braxton Family Values.

There were consistent reports of abuse involved in Tamar`s first marriage to Darrell  Delite Allamby, whom she married in 2001 and divorced in 2003.

What do you think? Will Tamar and Vince reconcile? Tell us what you think, below.