WENDY WILLIAMS FLASHING HER HUGE DIAMOND RING  AS A SIGN, HER MARRIAGE TO KEVIN REMAINS SOLID

Wendy Williams` husband Kevin Hunter, is openly parading his side chick of 10 years – massage therapist, Sharina Hudson, through the streets of Manhattan , in New York.

When asked about this, Wendy simply says:

Wendy Williams has consistently revealed other celebrity indiscretions and affairs on her popular talk show. She usually discusses most of these unfortunate a-list affairs, during her “Hot Topics” segment.

A couple of months ago, the 53 year old talk show host who makes a living disclosing her colleagues and other famous people`s transgressions, suddenly chooses to brush off questions regarding the state of her seemingly , open marriage.

Her husband and business partner, 46 year old Kevin, seems to have no qualms about being seen with Sharina Hudson – his mistress. They go to dinner and do other natural things like going to the gym and working out together. 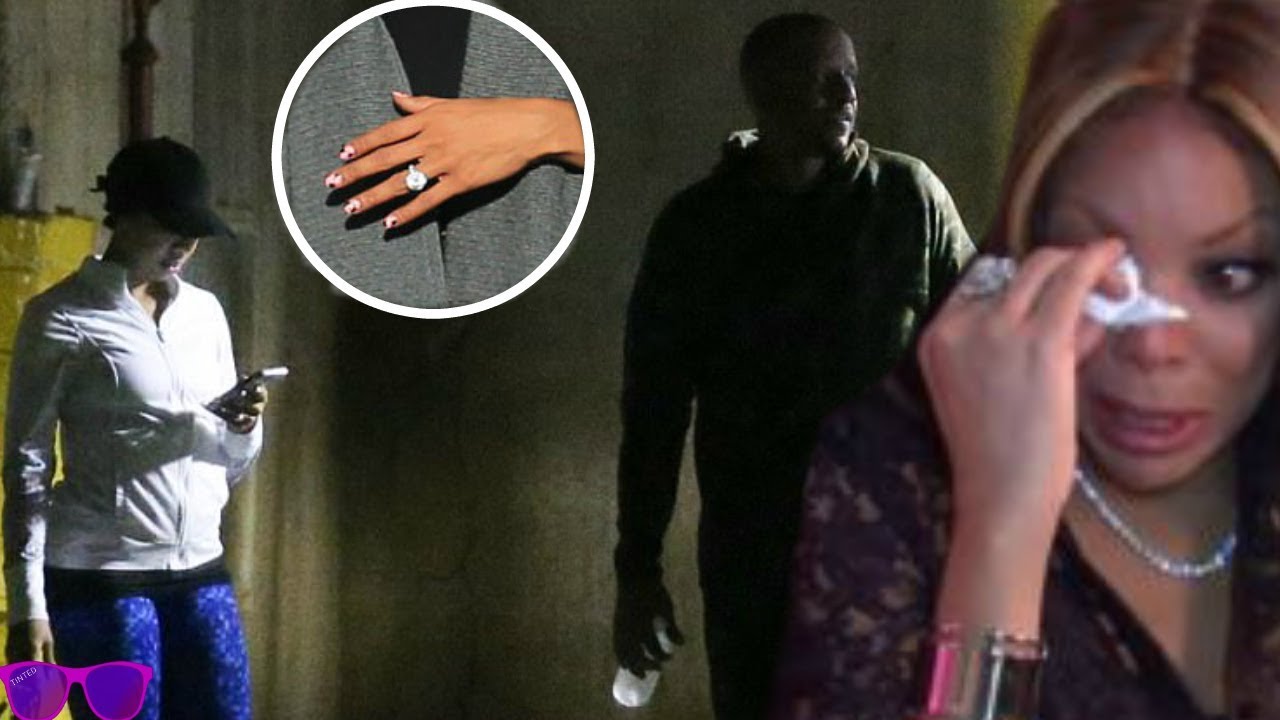 Four years after their courtship, Wendy married Kevin on November, 30th, 1997. The pair, welcomed their baby, Kevin Jr., into the world in  2000.

A month after their baby was born, Wendy discovered her husband had been cheating on her. She overheard her husband having a very intimate conversation with an unknown woman.

In 2013, Wendy shared this information with VladTV, during an interview. This is what she said:

“When you deliver a baby, the mother doesn’t get much sleep anyway. Little Kev might have been 1 month old, like fresh from the hospital.”

Williams said, her parents were in her home, helping her with their new born grandson. She knew they had overheard the quarrel that ensued between Kevin and Wendy.

In an attempt to clarify what had happened, she said, she had tried to explain why a fight had taken place between her and Kevin.

This is how Wendy explained what had occurred:

“I never went to my mother and talked to her about it, I never talked to my father about it. I’m sure my father wanted to punch Kevin out…but this was a problem that was between me and Kevin…They minded their own business and we’ve all healed, it’s not just me who’s healed”.

“My mom and dad played their position [they stayed out of it] and love him like their very own son today. Just love him, respect our union, understand how hard we go for our love, and when they hear passionate talk at our house, they know to mind their own business.”

“And I was like, ‘Wow, OK, so this is how it’s going down’…That was 12 years ago. It has made our marriage—and I know this is cliché, but it’s true—it’s made our marriage stronger. No, I’m not back to the girl I was before him, because when you get stung like that, you never go back to who you were. Only a fool does”.

“But I love Kevin and he loves me, and we addressed it head-on, and it was a mutual decision to reveal this in my 2001 autobiography Wendy’s Got the Heat”.

“If you told me when I was 25 years old, or 30 years old, that I would stay around for a cheater, I would’ve been like, ‘you’s a liar, you are lying, I’ve got way too much to offer a man to stick around for him cheating on me”.

“But I did, and I don’t regret it. I do think it’s a double standard with cheating. I think that you men are just sometimes so neanderthal that you could never put up with your woman cheating, a man putting paws on your meat. But women have got to deal with that fact, many of us, at some point in our lives.”

“People will always, for the rest of my life, throw darts at my situation”.

“They will throw—and we explained this to our son—they will throw them at him, they’ve thrown them at me in my entire career, my husband. He knew what he was getting involved with, but it takes a special kind of man to be with a ‘Wendy Williams.'”

Last week, Wendy`s studio audience and viewers watched in horror, when she fainted and fell on the floor.

She came back and explained that, she had passed out because, she was overheated, due to the insulation in her green Halloween costume.

She also fired several members of her staff a couple of weeks ago, when the photographs of her husband Kevin Hunter and his mistress – Sharina Hudson, became public knowledge.

Wendy fired them en masse! Even though, she had said on a visit to the Howard Stern Show that, her staff was the reason why she had a successful show which had been nominated for five Daytime Emmy Awards. 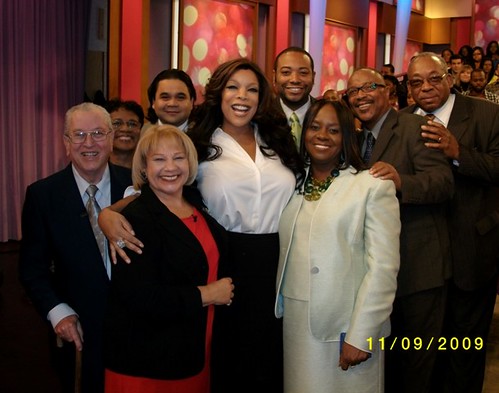 This is what she said:

“The sauce is in a supportive staff,” she said. “My staff, they can call me anytime they want, but I also have another life, and that`s my other life”. “Everything else with my staff  is like, ‘come on now”.

At the end of the day, “I take a nap, I take care of our son, I make a dinner. This is the stuff…that keeps my mind sane, so when I get up in the morning, I’m normal.”

On the topic concerning her husband`s past cheating reports, Wendy said:

” I am a relationship type of person”. “But for people who do cheat, unless you are busted, cold busted, take it to your grave. Don’t get all Mother Teresa on me and start confessing.”

WENDY WILLIAMS TALKS ABOUT HER, SUDDENLY FAINTING ON HER TALK SHOW

When she was pressed further to clarify her statements, Williams said:

“No, that’s not what I’m saying. I’m saying, if I cheated on Kevin, I would not tell him. If he, if you cheat on your wife, don’t tell her. If you are busted, then confess.

Wendy Williams caught her husband cheating, a month after she gave birth to their son. Apparently, Kevin Hunter does not want to act like Mother Teresa.

What do you think? Tell us how you feel about Kevin Hunter`s latest cheating allegations.

WENDY WILLIAMS WITH AN INSET PHOTO OF HER HUSBAND AND MANAGER, KEVIN

WENDY PREPARES TO SHARE NEW GOSSIP WITH HER AUDIENCE AND VIEWERS