Tamar Braxton has filed for divorce from her husband and manager, Vincent Herbert.
The 40 year old singer, filed to divorce Vincent Herbert after eight years and eleven months of marriage. The pair are parents to their four year old son, Logan.

The Braxton family released this statement:
“At this time we can confirm Ms. Braxton has made an extremely difficult decision and has filed for divorce from Vincent Herbert”.  “Collectively, their son, Logan, and his well-being during this extremely unfortunate process is most important. We ask that everyone respects her privacy during this incredibly difficult time. She appreciates everyone’s love and prayers”. 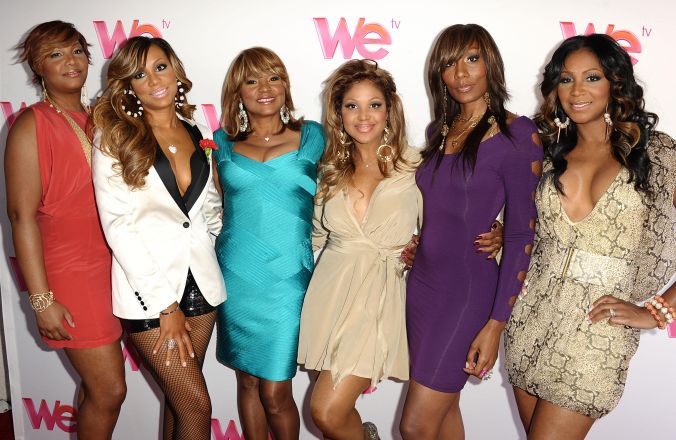 Vincent who is the founder of Streamline Records and The Braxton Family Values reality star, began dating in 2003 and finally got married in November of 2008.
A week ago, Tamar and Vincent listed their seven bedroom Calabasas mansion in California, for $15million.

TAMAR BRAXTON, ON HER WAY TO A TELEVISION APPEARANCE

4
She filed legal papers on October 24th, at Los Angeles County.  This will be Tamar’s second divorce. She was previously married to record producer, Darrell Allamby, in 2001.
That marriage ended in divorce in 2003. In September, Tamar attempted to disclose the truth about the state of her marriage to Vince, when she shared this captioned post on her Instagram account.
She said:
“I am slowly learning that some people are not good for me, no matter how much I love them”. She captioned the post, “Preserve your PEACE!! It is yours! The world didn’t give it to you…but if you let them… they can sure take it! Take it back!”
In August 2016, there were reports of a dispute between 44 year old Vincent Herbert and the Love and War singer.

The report stated that, the domestic dispute between the former couple, had occurred at the Ritz Carlton Hotel, in Atlanta, Georgia.
The report also revealed that, Vincent allegedly bit Tamar’s hand and fled the scene.
The very next day, the pair were seen, holding hands at the Los Angeles International Airport.
A month earlier, Tamar denied all the divorce rumors that were swirling around her and her husband.
In order to put the rumors to rest, she actually posted an Instagram video of herself, lovingly singing Mariah Carey’s “Always Be My Baby” to Vincent.