Hermes bags are a highly popular and timeless piece of art. They are known worldwide as a top luxury brand. Their Birkin bag is recognized as one of the most expensive bags, by the rich elite of the world. Hermes handbags are an international ideogram of prosperity, opulence and is synonymous with the jet set life.

The Birkin was developed in 1981 by Hermes Chief Executive  Jean-Louis Dumas. English and French actress and singer – Jane Mallory Birkin was fortunate enough to have her seat upgraded by the commercial airline she was travelling with, to a first – class seat right next to Jean Louis Dumas. In her futile attempt to store her bag in the overhead compartment, she had spilled some belongings on the floor. Jean Louis took this opportunity to offer Jane a much – improved replacement for her bag. 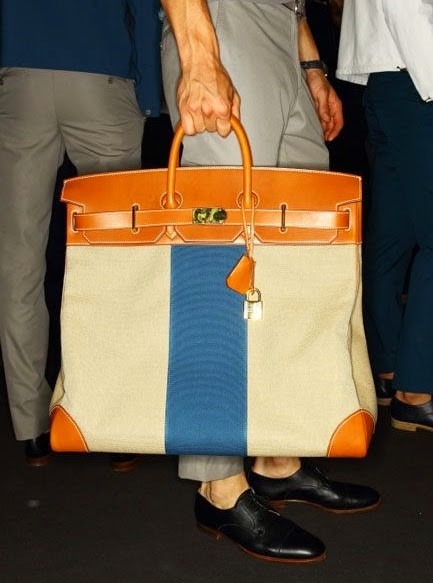 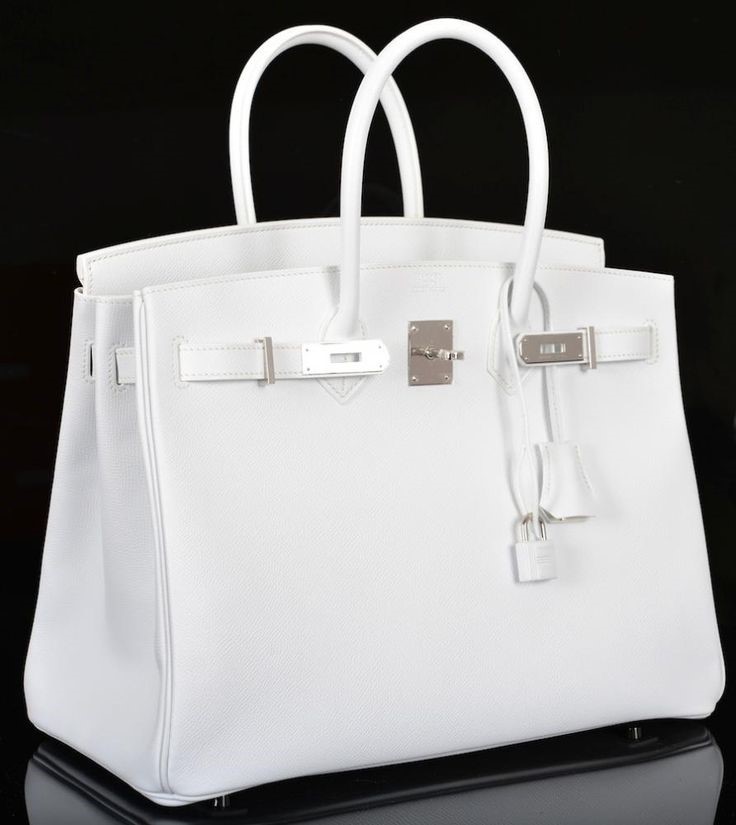 In 1984, Dumas created a more prestigious replacement for Ms. Birkin and named it “The Birkin Bag”.  In March 2012, Jane Birkin told The Telegraph;

“The bag was conceived in 1981. “I remember it well. I’d been upgraded by Air France on a flight to London, and was sitting next to a man,” “I’m not quite sure what type of bag I had with me – my husband, Jacques Doillon, had reversed his car over my basket, crushed it on purpose not two days before. Little did he know that on this airplane journey, when everything fell out of whatever bag I had, the man next to me said: ‘You should have one with pockets’. I said: ‘The day Hermès make one with pockets I will have that’, and he said: ‘But I am Hermès and I will put pockets in for you’.” 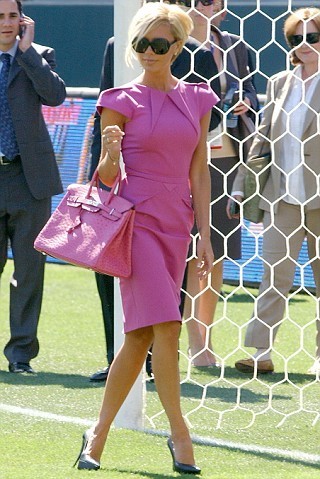 Each Birkin bag is handmade in leather and the prices range from $11,900.00 to $300,000.00. The cost of the bag escalates based on the type of leather or exotic skins that may have been used to create each bag. In an attempt to maintain exclusivity, Hermes eventually created ‘Artificial Scarcity’ by distributing the bags to their boutiques on unpredictable schedules and in limited quantities.

Due to the high price that Birkins are associated with, it`s clients are naturally those who command the level of affluence that allows them to acquire as many Birkin and Kelly bags as they desire. Each Birkin and Kelly bag is handmade in leather by a master craftsman. The clients are encouraged to choose the range of sizes, color and hardware fixtures of their particular liking. 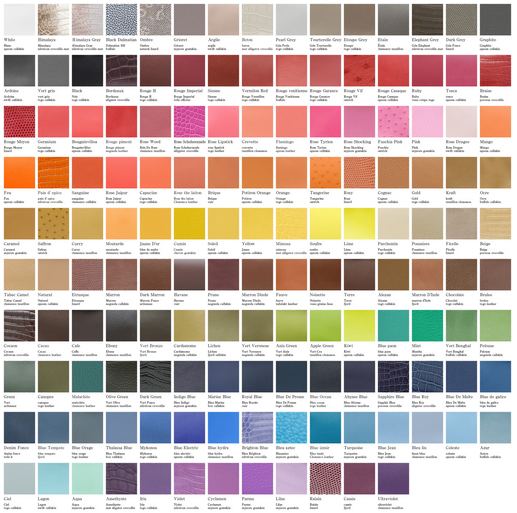 The Birkin bag is always in fashion and a considerable number of it`s clients are members of different families, celebrities, captains of various industries and enormously wealthy socialites. 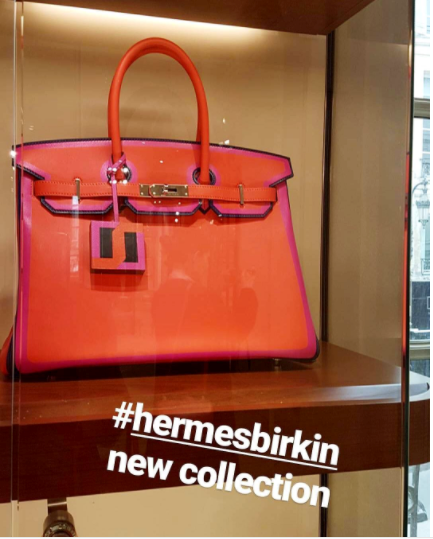 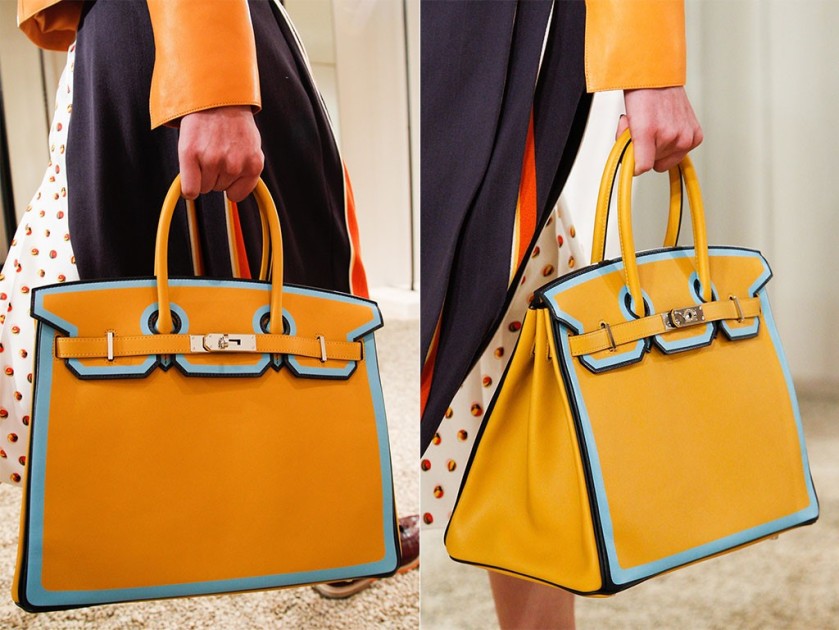 Highly glamorous and prominent movie star and royal princess –  Grace Kelly, is the reason why we have the Kelly Bag. In 1956, Princess Grace left Hollywood and settled in the Monaco principality, after marrying Prince Rainier III.

PRINCESS GRACE OF MONACO – PREGNANT WITH HER FIRST CHILD, CAROLINE, CLEARLY ATTEMPTING TO CONCEAL HER PREGNANCY WITH THE KELLY BAG 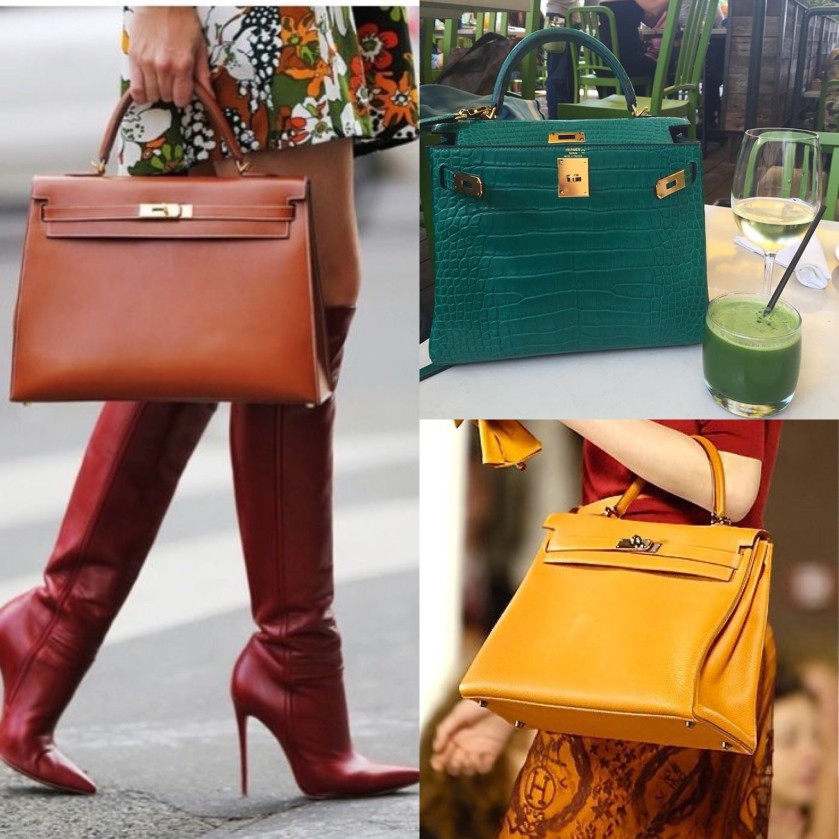 She had a fondness for the Hermes bag and constantly used it to shield her pregnancy from the prying eyes of the public and paparazzi. Everyone took notice, including Hermes. The bag was originally a saddle holder. After designing several prototypes, Hermes created a bag made of three solid layers of leather with silver and gold hardware and named It after Grace Kelly.

Princess Grace, because of her iconic status, helped to advance the popularity of the bag, when Hermes named it after her.

Today, the Kelly bag remains a highly expensive status symbol. The production of each Kelly bag requires 15 to 25 hours of handcrafted precision. It is priced from $10,OOO to $20,000,00. 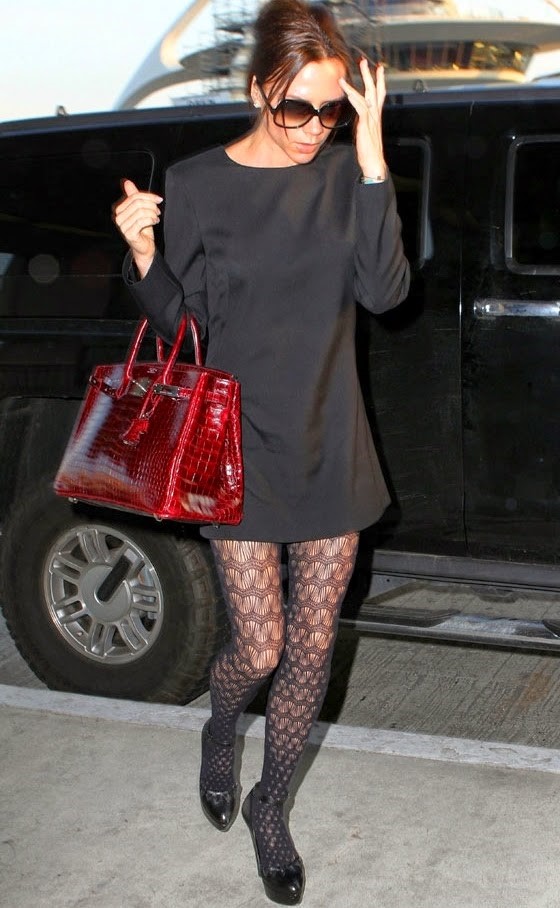