Balenciaga debuts their new shoe design with the Crocs company for Spring 2018. Fashion week in Paris was lit with anticipation, wonder and curiosity when the models began to meander down the Balenciaga catwalk.  Fashion lovers all over the world are excited because, Balenciaga has finally done the fashion impossible.

DEMNA GVASALIA IS APPOINTED, CREATIVE DIRECTOR OF BALENCIAGA, IN 2016 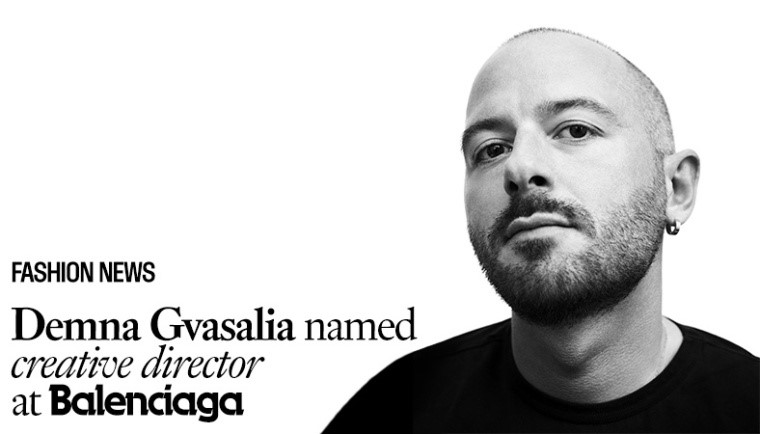 In 2016, Balenciaga hired Demna Gvasalia, as their new Creative Director. The 34year old German citizen, is a renegade designer who is well known for his radical collaboration with brands such as Ikea, Reebok and DHL. Through Demna`s creative genius, the Spanish fashion house created Crocs platform heel shoes that are infused with foam. The tops are decorated with different embellishments such as peace signs, stars, flowers, rainbows and quaint little animals. In earlier years, Crocs used to be considered a fashion faux pas.

A BALENCIAGA MODEL WEARING PLATFORM CROCS ON THE 2018 PARIS RUNWAY 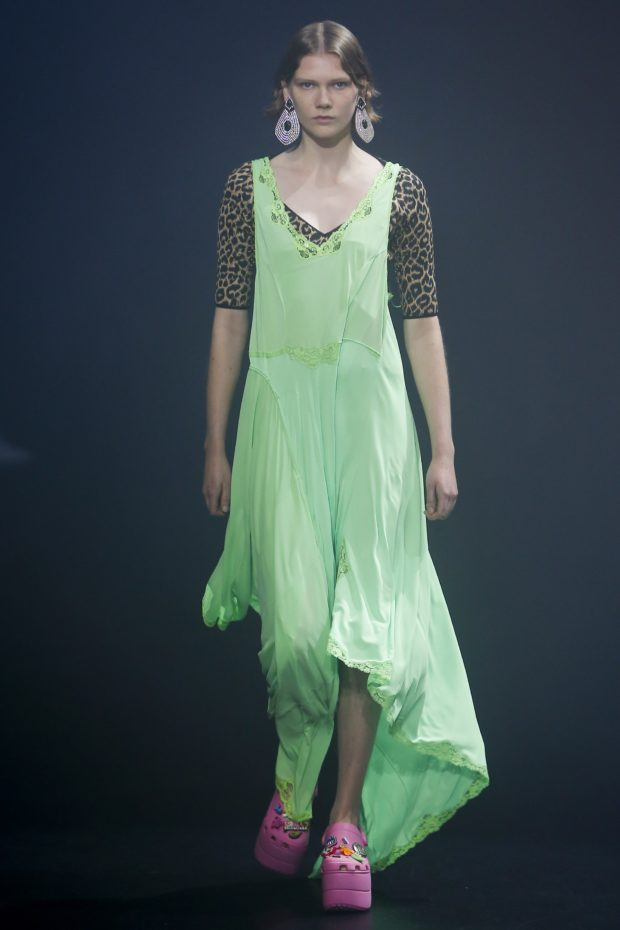 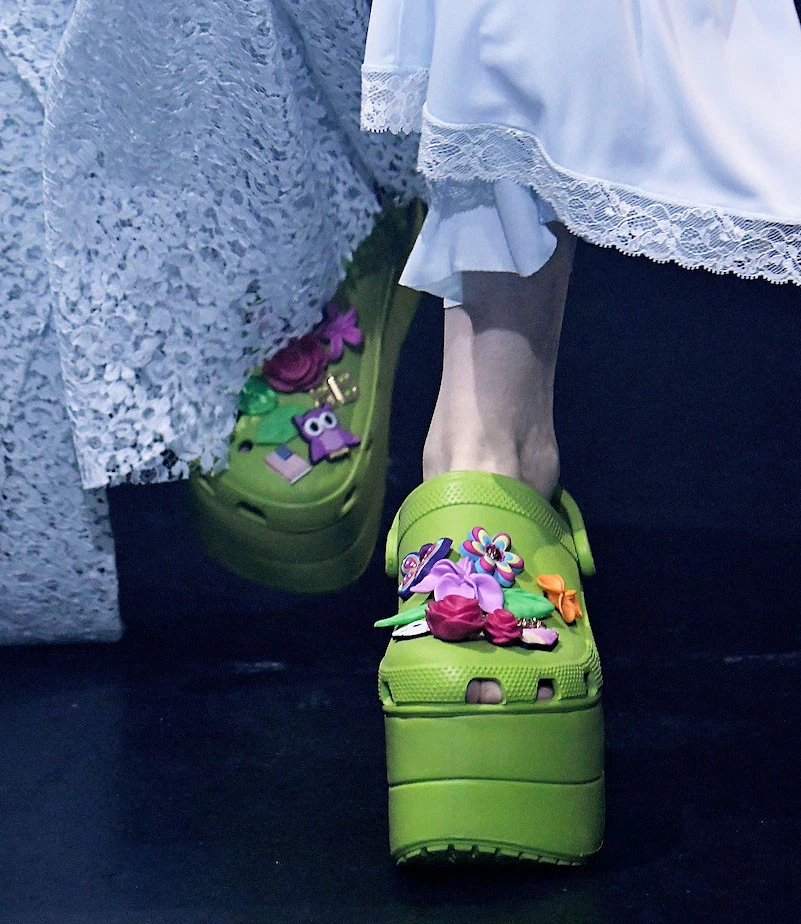 Lately, many designers have been focused on remaking Crocs and adding their special creative flair to the shoes that were once considered quite ugly. A year ago, Christopher Kane (A Scottish fashion designer) another designer, collaborated with the Crocs company for his 2017 Spring/Summer collection. Recently, Michelle Poole, the Senior Vice President of Global Merchandising and Marketing for Crocs, said;

“When Balenciaga approached us, we were intrigued by the opportunity to push the boundaries of our design and molding capabilities to see what we could create together. Working with Balenciaga has been so much fun for our team, and once again demonstrates the relevance of our iconic clog in today’s fashion and design world, as well as allowing us to tap into the excitement and energy that comes from unexpected partnerships. BALENCIAGA MODEL ON THE CATWALK

Crocs was founded in 2002, made it`s stock market debut in 2006 and triumphantly amassed $847 million in direct sales. The recession began in 2008 and their stocks fell. Their stocks rose in 2012, only to dip lower, once again. Crocs had a back and forth expansion period and they plan on closing 160 stores.

This motivated the Washington Post to write a 2013 article they named “The rise and fall and Rise and fall of Crocs”. They have also had their patent rejected on two occasions. Recently, their stocks began to increase and Balenciaga`s collaboration with them, may finally elevate Crocs`status as a viable fashion innovator.