Kylie Jenner, the youngest Kardashian reality star is pregnant with her current boyfriend, Travis Scott`s child. They both made this announcement while at the Day ‘N’ Night Fest in Anaheim, California.

Travis Scott at age 25, has informed close friends that he believes his life is about to change. The young couple started dating in April and have been inseparable since. They even have identical butterflies tattooed on their ankles.

YOUNG LOVERS – RAPPER TRAVIS SCOTT AND PREGNANT KYLIE JENNER, OUT FOR A STROLL

Kylie who has always wanted to be a young mother, is elated. This public revelation was made right along with the launch of her Kendal + Kylie clothing line. She has also reduced her social media presence, lately.

Kylie has been so focused on becoming a young mother, she actually confided in her grandmother, MJ, during an episode of I Am Cait (Kylie`s father – Bruce Jenner`s reality show). She disclosed that several psychics told her, she would only have two children.

Her children will have lots of company since sisters Kourtney and Kim already have five children between them. Kim and husband Kanye West are expecting a little girl in January 2018, via surrogate.

Kylie is a millionaire several times over and also own`s a lot of real estate. She will be able to support her child very comfortably if necessary. 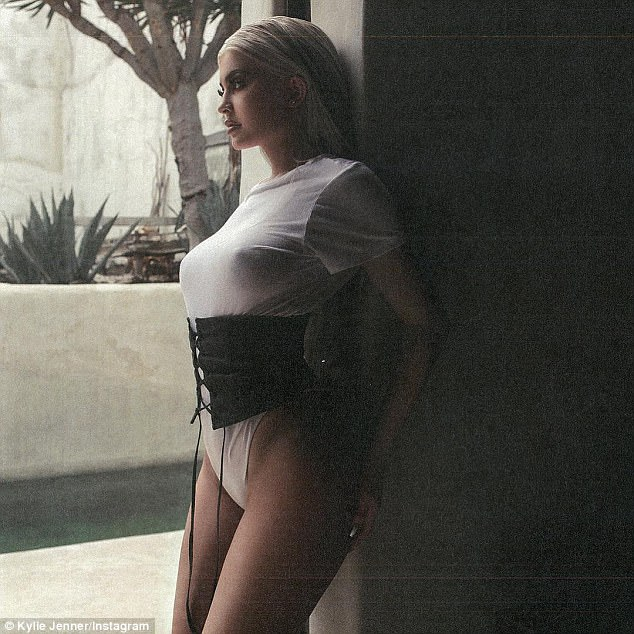 KYLIE AND BOYFRIEND, TRAVIS SCOTT AT A BALL GAME 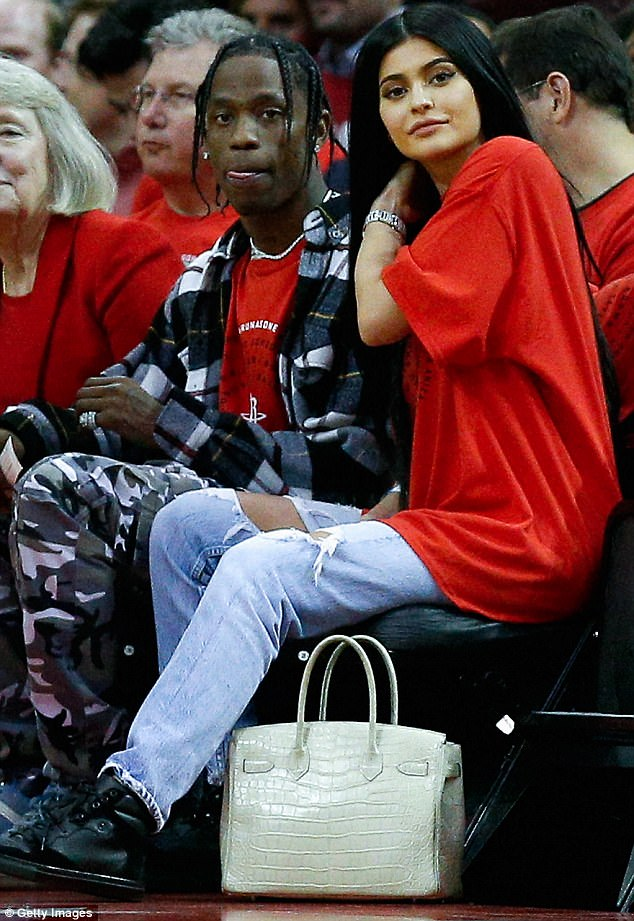 Several people believed Kylie was pregnant before she broke up withTyga – although, that proved to be untrue (Tyga previously fathered a son with Black Chyna. Kylie`s brother, Rob Kardashian also fathered a daughter with ex –  fiance`, Black Chyna). Kylie is four months pregnant and believes that waiting to have a child at age 30 is too late. At the beginning of July during an episode of her new reality show “Life of Kylie”, the 20 yearold revealed that, she was prepared to step out of the spotlight as she craved a more normal life. She said, “I do not want to disappoint anyone but I can`t do this forever. There is an image I feel pressure to keep up with and then there`s me, the real Kylie”.

Once the news about Kylie`s pregnancy broke, her ex – boyfriend Tyga, took to social media and declared himself the father of Kylie`s unborn child.

He said, “Hell Nah that`s my kid”. Tyga deleted that post, just as soon as he put it up.