Wendy Williams and husband Kevin Hunter, are in the proverbial hot seat again. The chickens have come home to roost because, Wendy gloriously entertains herself and her legions of fans with salacious gossip and information most celebrities and politicians would rather not share with anyone.

The Daily Mail revealed that, 46 year old Kevin, has been in this illicit relationship with Sharina for over a decade. He has bought his mistress a $765,000 home only a few miles from away from the house he shares with Wendy and their 16 year old son, Kevin Jr. The lovers, openly go to restaurants together and work out at the gym together, as well. Mr. Hunter has been living a very comfortable double life.

The 53year old talk show host showed a lot of bravado today, as she flashed her sizeable wedding and engagement rings in front of her studio and television show audience.

On Tuesday at the beginning of her “Wendy Williams Show” she said, I quote;

“All is well in Hunterville,” “Don’t believe the hype! And if there was hype, believe you me I would let you know.”

“It’s weird being a hot topic. In a weird kind of way … I love the attention,” “You can believe what you want,” “I stand by my guy. We commuted together this morning. The paparazzi were outside catching me in the cutest négligée,”

She also said, she wished her security detail had not blocked the paparazzi outside her studios from taking pictures of her in a négligée, since her attire was quite “cute”. This is all very interesting since Wendy did disclose years ago that she had caught her husband cheating in 2001.

“No, I’m not back to the girl that I was before him because when you get stung like that you never go back to who you were, only a fool does” “But I love him and he loves me. If you told me when I was 25 years old or 30 years old that I would stay around for a cheater, I would have been like you are lying,” she revealed. “I’ve got way too much to offer a man to stick around for him cheating on me. At that particular time, I had my career in radio, I was making a great salary, I had vacation property of my very own and the world was my oyster, so I definitely thought I wasn’t staying around for some cheating. But I did and I don’t regret it.”

Wendy who has been married to her husband for almost 20 years, said, when Kevin cheated in 2001, she chose to forgive him and that fact had helped to strengthen their marriage.

WENDY WILLIAMS BEFORE AND AFTER LOSING 50 POUNDS

In 2008, while Wendy was working on her syndicated WBLS – FM`s the Wendy Williams Experience, Kevin hunter and Wendy were sued by a talent booker – Nicole Spence because he had repeatedly sexually harassed Ms. Spence and other female staff members, while Wendy allegedly looked the other way.

“Throughout my employment, Kevin Hunter, Ms. Williams’ husband and manager, subjected me to severe and pervasive sexual harassment. Recently his sexual propositions escalated into the obsessive and during the work day he constantly told me of his desire to ‘f**k’ me and that he had been dreaming about sleeping with me. He repeatedly degraded me and other women in the workplace, openly referring to us as ‘bitches’ 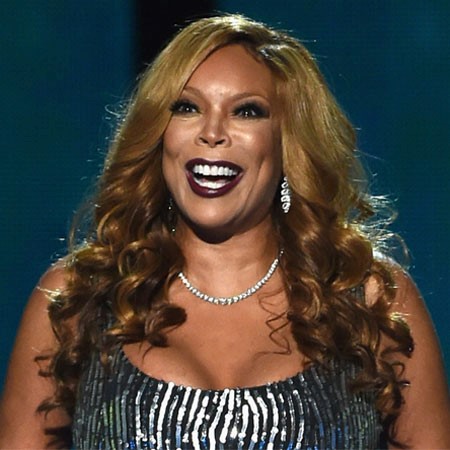 Nicole Spence also said that, Wendy “aided and abetted” her husband Kevin, during those unwanted practices.

Although Wendy and Kevin Hunter denied those allegations, they still settled the case out of court for $5 million.